Limited palette for a Coot

17/05/2012
This week I was again demonstrating in pastel to an Art Society - Radford Art near Leamington Spa this time.

I love drawing water, so I chose some reference that I got when I visited Wicken Fen - of lily pads and reflections of reeds, and I put a coot into the scene amongst the water lilies.

The lily pads had a smooth surface, so I used quite a lot of blending, before adding plenty of more direct marks later, to avoid a bland appearance.

Using a limited palette worked quite well, I think, and the artists told me that it made a very tranquil scene.
After the demonstration, I spent about another half hour adding a few touches before I felt it was finished. 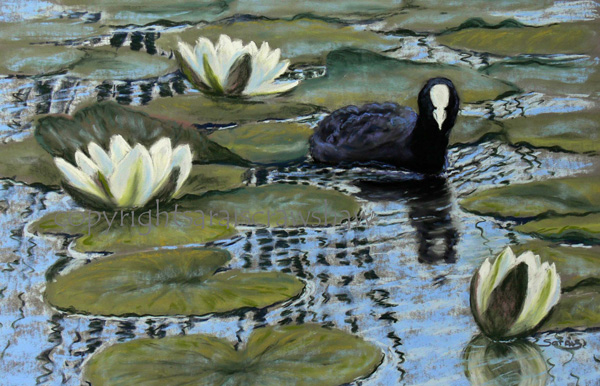