06/05/2016
Last week I demonstrated pastel drawing for a group of the ladies of Southam and Napton WI's.
It was a large gathering, and they were very attentive and appreciative of my work.

I pictured a mute swan and her two cygnets which I watched at Slimbridge Wildfowl & Wetlands Trust last year.
She was a most attentive mother, and the cygnets were following closely everywhere she swam.
I liked the many ripples and reflections caused by their movements, as well as the lovely reflected colours on the mother's feathers.
I spent a half day afterwards tidying up the picture before I was fairly satisfied with the result.

After my demonstration, the WI had a marvellous spread of refreshments, which was a great bonus! 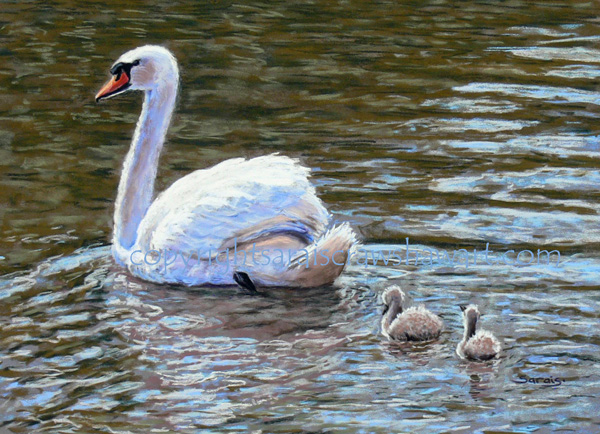 Following behind
Next
Previous