What's New
Thousands of starlings coming to roost
Previous
Next

23/12/2019
Last weekend, I visited RSPB Otmoor near Oxford, and had a very useful
day birdwatching.

There were marsh harriers about, very handsome birds flying over the reedbeds,
and towards sunset, I watched many thousands of starlings wheeling about the sky,
making shapes in their flocks, and eventually coming in to roost in the reeds for the night.

It was a spectacular sight, and I have already begun making plans for a paper cut,
based on the sketches I made, and some films I took. 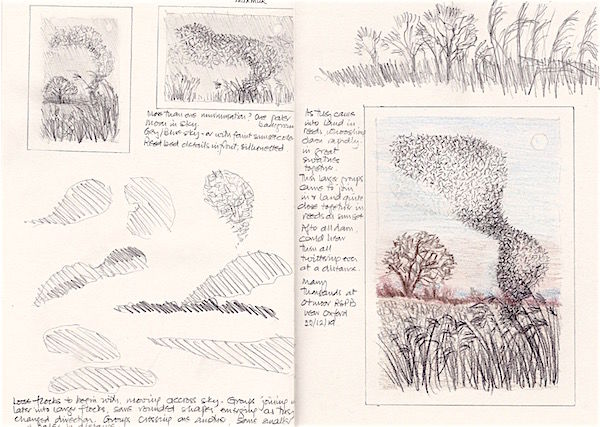